Since it started operations in December 2001, Anida Latam has become a well-known provider of managed services of data center, networking, cybersecurity and cloud solutions, with presence in Chile, Peru, Colombia and Miami, from where it provides services to companies in more than 12 countries.
1 An unexpected start
2 People, Partners and Clients
3 Future challenges

Santiago, December 2021 – Anida Latam, leader in managed networking, data center, cybersecurity and cloud services, celebrates 20 years since the beginning of its operations and is preparing to strengthen its regional expansion from Chile.

With local presence in Chile, Peru, and commercial offices in Colombia and Miami, United States, Anida Latam is diversifying its regional presence, preparing itself to face accelerated technological changes and macroeconomic volatility in the region.

“Volatility is not as much a challenge as technological changes. In an economic recession, companies hire us to reduce costs, and in economic growth they hire us to increase their capacities, their branches or their infrastructure. We are affected by technological changes, such as the arrival of the cloud or Wi-Fi, because they impact on the way you deliver technology to customers. There will be another technology tomorrow or the day after that will also affect us and for which we will be prepared”, says Adolfo Tassara, CEO of Anida Latam.

The beginnings of Anida Latam are closely linked to Hewlett-Packard. Adolfo Tassara worked at HP and Andrés Cuneo and David Parraguez, through Rimpex Chile, were service partners. At that time, HP announced its new strategy to migrate its direct sales approach to a strategy that was 80% through channel partners, while Rimpex Chile was going through a difficult financial situation.

Seeing the weak stability of Rimpex Chile, and the solidity of the unit they managed, Andrés and David, current COO and CISO, respectively, decided to associate to undertake an independent course, and after six months, Adolfo joined with his experience and knowledge in business management, starting what we know today as Anida Latam.

In the words of Andrés Cuneo, COO of Anida, after 15 years at Rimpex Chile, where he started as a support engineer to lead the area, “it was difficult to see that there were complicated financial problems, but our area had great numbers, so you could see that our small structure could be successful. We were given the opportunity to become an independent company and we had a fairly large project for the time, with Codelco, which gave us momentum as a new company, always thinking of being an executing arm for HP”.

These first steps had the full support of Hewlett-Packard, but not satisfied with offering services associated with a single brand, Anida also began to associate with other technology companies and began a path of alliances with innovative companies in this segment, such as Altiris, later acquired by Symantec, which specialized in management software that enables organizations to manage their IT assets.

Today, Anida Latam maintains alliances with leaders in the IT industry, continues to be one of HPE’s main partners in Chile and, additionally, is a partner of companies such as Veeam, Dell, AWS, Fortinet, Trend Micro, McAfee, VMware and Microsoft, among other.

An office of 50 m2 and 4 people -the three partners plus an assistant- started the operations of Anida Latam, which over the years and the arrival of new businesses has grown to become a company of more than 200 people, with offices in Chile, Peru, Colombia and Miami, and providing services in more than 12 countries. With all this infrastructure, one of the keys to the success of Anida Latam is to have set its focus on people.

“Ours is a service company, so we must have a good organization, you cannot think only of yourself, you need to think on your collaborators welfare, that their salary is on a market average, that they receive benefits and are happy and motivated. And we must strive to have the right people too. They are 90% of our resources. We want them to be motivated, to have the correct tools so that they can work, develop and advance in this project, since, finally, it is the people who make the difference, not the PCs or the technology”, says the CEO.

Along the same issue, David Parraguez, CISO of Anida Latam, highlights that the more than 200 employees of the company understand that “we are a family, where each one is growing as a person and collaborating in this growth. The employees who have left share the message that Anida is a great school, where you learn a lot, where the work environment is pleasant and with an open-door policy to be able to talk about everyone’s problems”.

Additionally, having good IT solutions has been part of Anida’s success. New and successful alliances have been added to the initial development with HP and that has given life to the four business units: Data Center, Networks, Cybersecurity and Cloud.

“Finally, we also owe ourselves to the clients, whom we have been able to take care of throughout all these years. The idea is to provide an ‘Anida experience’ that is incredible, where they feel they are well taken care of and that a business with us is a good deal for them”, adds Adolfo Tassara.

Although the future depends on many external, international, economic factors, or a powerful technological change, Anida Latam hopes to become a much stronger company in Chile and Peru, to be growing in Colombia and with several businesses in the United States and Canada.

To achieve these goals, the regional presence is already a good entry point in terms of diversification and, according to the CEO, working with North American companies will bring many lessons to be learned as it is a much more developed and challenging market. “Working with North American partner will force us to deliver higher quality services from our offices in Chile, Colombia and Peru, since it will teach us to work in a more practical, faster and customer-oriented way,” he adds.

Thus, Anida Latam prepares for the years to come with partners that have proven to be leaders in each of the areas in which they work, with the strength and experience needed to ally with new technological players, with the necessary infrastructure to provide managed services to more clients and in more countries, and with the right people to satisfy the needs of companies looking for the best technology and the best technology partner.

3 tips to succesfully work from home

RPA: What processes can we streamline in finance? 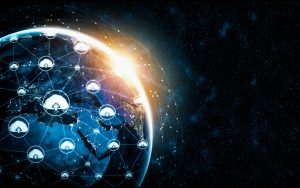 How to optimize the Cloud potential addressing its different dimensions and without being disappointed?